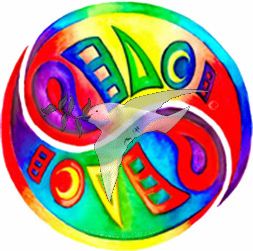 The Light Series #67: We Have Turned The Corner

Here is an amazing amount of hope-filled information and views that should enlighten your day.

Now it is your turn to share this with others ;-)


This compilation is archived at http://www.earthrainbownetwork.com/Archives2004/LightSeries67.htm

To unsubscribe from the Earth Rainbow Network automated listserver, or change your listing on it when you have a new email address, the simplest way is to do it yourself by sending a blank email at earthrainbownetwork-unsubscribe@lists.riseup.net -- IMPORTANT: You MUST do it from the email account you wish to unsubscribe otherwise the system won't recognize your request.


"What a beautiful site! I am so glad I've signed up for your newsletter... the state of our beautiful planet and inhabitants at the bullying hands of the hierarchy just makes you want to break down and cry, cry, cry. But we must be positive and fight back, reclaim "Love, Peace and Light" and justice for Mother Earth and the oppressed ...... Little ways you can help is sign up for a email account with http://www.care2.com/ where every click helps and sign as many petitions with them as possible, also sign petitions with "The Union of Concerned Scientists and any other sites that have petitions for Mother Earth, the Animal Kingdom, the Oceans and the needy ...... Together we can make a big difference .... 'THE PEN IS MIGHTIER THAN THE SWORD'"

You've probably seen this already, but I decided to research who the author, Susan Skog, and came up with the following at the end of the message. Thought you might be interested. Please share this specially with your network. It just might do the trick. :)

With only 35 days before the Presidential election, I feel compelled to share this idea. I am an author, activist, and former science writer. I enjoy the intersection of physics and culture - never more obvious than this fall.

AND WHAT TODAY'S MOST SAGE SCIENTISTS ARE SAYING IS THAT WHEN WE FOCUS ON SOMETHING, WE ATTRACT MORE OF IT. SO WITH ONLY SIX WEEKS LEFT, WE NEED TO FOCUS ON WHAT WE REALLY, REALLY WANT. LET'S JOIN TOGETHER IN THE "60
SECONDS A DAY FOR 6 WEEKS CAMPAIGN."

TO TURN THE TIDE NOW, WE NEED TO DO SOMETHING UNSTOPPABLE. WE NEED A CRITICAL MASS OF US TO STOP RAILING AGAINST WHAT IS AND REACH FOR WHAT WE WANT. WHAT DO WE WANT?

We want John Kerry as our next President. Give up focusing on George Bush. We don't have to agree with him or support him in any fashion. Instead, we have to turn our thoughts now to something greater. We have to do something unstoppable. In the legacy of Einstein and all great thinkers, we have to harness the power of our thoughts to get the outcome we desire in November.

PARTICIPATE IN THE "60 SECONDS A DAY FOR 6 WEEKS CAMPAIGN." IF ONLY 3 PERCENT OF THE U.S. POPULATION TAKES 60 SECONDS TO DO THIS EXERCISE EVERY DAY, WE CAN MAKE A MASSIVE DIFFERENCE.

THIS IS HOW IT WORKS: FOR 60 SECONDS EACH DAY visualize John Kerry elected as our next President of the United States. See the relief, the celebrations, the excitement, and the sense of fulfillment all across America. See yourself rejoicing with people in your home, neighborhood, and workplace. See us all rejoicing with people all over the world! See John Kerry being sworn into office. Feel the hope, joy, and gratitude. Feel it in your hearts. Believe it is possible. And be sure to vote!

** See people streaming back to work.

** See young students getting the support they need.

** Visualize our teachers, police officers, single mothers, the mentally ill, and many others getting the help they deserve.

** See our soldiers coming home to their families.

** Imagine our leaders establishing greater trust and good will, earning the respect of other nations.

** See peace spreading across the world.

** Feel how good it will be for the environment to be protected and renewed.

** See hope rising across the world in the hearts and souls of those in need.

** See these pictures in your mind for 60 seconds every day between now and November 2.

** Be grateful that you have the gift of participating in shaping a greater country.

** Be grateful that you care.

Believe that all this is possible, -and more! Please be sure to vote!

Susan Skog is a nationally known author, writer, and presenter. Trained as a journalist, she is the author of five books, including Peace in Our Lifetime: Insights from the World's Peacemakers; Radical Acts of Love: How Compassion is Transforming Our World; Depression: What Your Body’s Trying to Tell You; ABCs for Living; and Embracing Our Essence: Spiritual Conversations with Prominent Women. Radical Acts of Love was named one of the must-read books of 2001 by New Age Journal and the Wisdom Channel. It was also a OneSpirit Book Club selection for 2001. Radical Acts of Love features more than 80 examples of compassion in action in medicine, business, education, and elsewhere.

Embracing Our Essence, offers the spiritual stories of women such as Jane Goodall, Drs. Christiane Northrup, Elisabeth Kubler-Ross, Naomi Judd, and Betty and Susan Ford. It was widely praised by national media and developed into a series of national women’s conferences in California, Washington, D.C., and Colorado.

Susan also toured with the former Whole Life Expos in Florida and California and keynoted Embracing our Essence conferences in Washington, D.C., Colorado and California.

Susan has written numerous award-winning articles about science, medicine, technology, and the environment for the nation's leading periodicals. She lives in Fort Collins, Colorado, with her husband and two sons.